Are Your Amalgam Fillings Safe?

Amalgam fillings often get a bad reputation as being unsafe and needing replacement. Although these silver fillings have been used to fill cavities for decades, recent concerns have been raised about their safety because they contain mercury.Find out if your amalgam fillings are safe or if you need to replace them with another material. 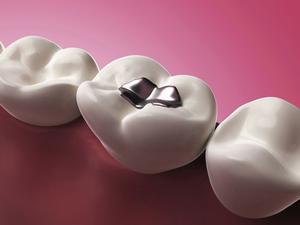 What Exactly Are Amalgam Fillings?

Amalgam fillings are created from a combination of materials including mercury, silver, copper, and tin. Smaller amounts of indium, palladium, and zinc can also be used. While amalgam fillings have been used in the dentistry profession for over 150 years, they are becoming less popular because tooth-colored materials can now be used to fill in cavities. Many people choose these options because they appear more natural, but amalgam tends to be more durable and less costly than other options.

What Are the Concerns about Mercury?

Mercury helps to make the filling material of the teeth more pliable, and since it hardens quickly, it can withstand the forces associated with chewing and biting. Low levels of mercury are not expected to harm the body, and everyone is exposed to mercury throughout the course of the day through food, soil, drinking water, and the air. However, higher levels can cause symptoms like anxiety, memory loss, fatigue, headaches, and irritability.

How Safe Are Silver Fillings?

There are millions of people in the world with amalgam fillings, but concerns have recently been raised over the use of mercury in these restorations. However, many studies have been done to determine whether the mercury content in these fillings is safe, and in 2009, the U.S. FDA evaluated the prior research. The FDA then concluded that silver fillings are perfectly safe for adults. They can also be used for filling the cavities of kids over the age of six.If you have concerns about your fillings, contact our office to set up an appointment.

Does Getting Older Hurt The Enamel?

Getting old is unavoidable. It is isn't always pretty and comes with its fair share of problems. Your mouth and oral health will be no exception...

Dental implants can be a welcomed alternative to bridgework or dentures that offers a permanent solution for missing teeth or severely damaged tooth structure...

Dentures are great devices that can bring back your quality of life. They allow you to eat the foods you enjoy the most, and what's more, they help to promote good oral hygiene...

Dangers Your Mouth Can Face if You Only Drink Bottled Water

Water is one of the most important elements any human being needs. Scientists say that about 60% of the body is made of water. Therefore, for the body to work as it should, it needs about 8 glasses of water every day...

Adults Are Not Too Old to Get Dental Sealants

Dental sealants are effective at protecting your teeth from further damage or evening a bite. They are typically placed on the biting surface of a tooth and are made of a thin plastic material...

At some time or another, most of us have searched for ways to beat the system involving personal oral care...